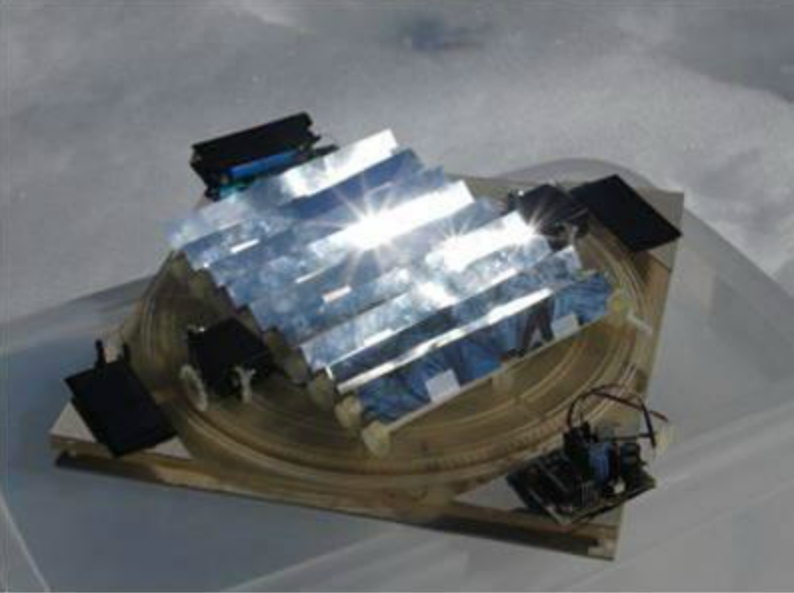 The summer after my Sophomore year at Cornell I decided to stay at Cornell and do some research. I joined Professor Lal‘s group and working on a project called STILEs (Self-powered Wireless Solar Tiles). The long-term goal was to create small MEMS (micro-electro-mechanical systems) solar tiles that could coat buildings and focus light to a central solar panel, but first an initial prototype was needed. When I arrived the core hardware had already been done, but they still needed the firmware and circuitry developed. I developed a simple circuit board that contained the wireless transceiver and power regulating circuitry and programmed the firmware that let us control the panel wirelessly from the computer.