While working for Zeo I was given the task of creating a demo of their consumer sleep monitor for CES 2012.

The demo that I created, with help from the company’s graphics designer, allowed any exhausted CES attendee to take a nap in our booth while using the Zeo Sleep Manager. Before going into the room they would fill out their information on a computer outside the booth. Once inside, their brainwaves and sleep stages were shown live on a large TV to passerby. All of the user’s data was uploaded in realtime to a website and the link to their data was emailed to them. The user could then view their own brainwaves & sleepstages online whenever they like. The website no longer exists, but a demo of this can be seen at: Booth Example 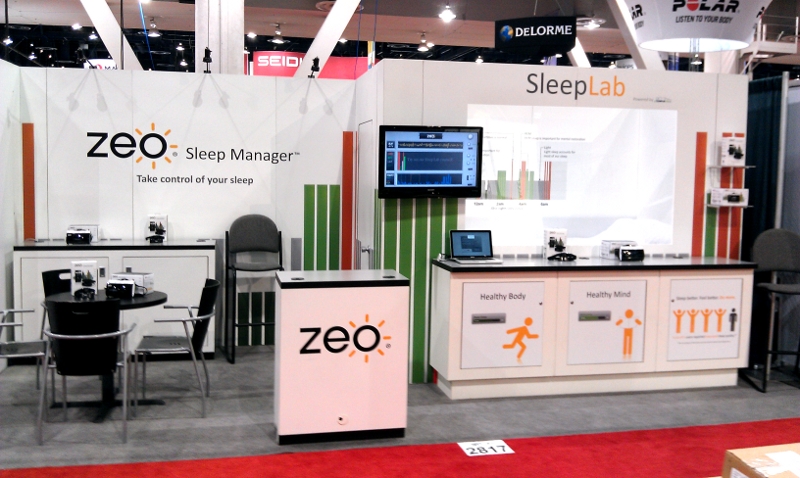 Once at the booth we discovered an interesting problem: there was so much radio interference that the Zeo EEG headband was having a hard time communicating with the dock. This was solved last minute by installing aluminum foil into all the walls of the booth to create a crude Faraday cage.